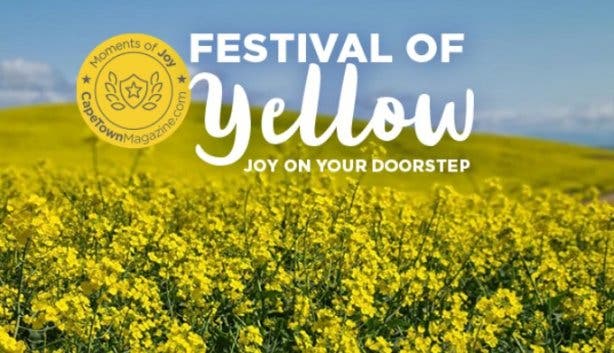 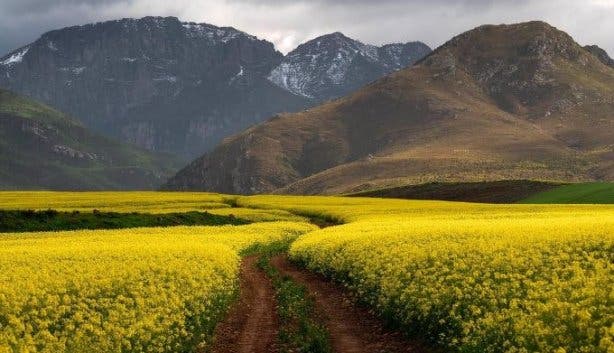 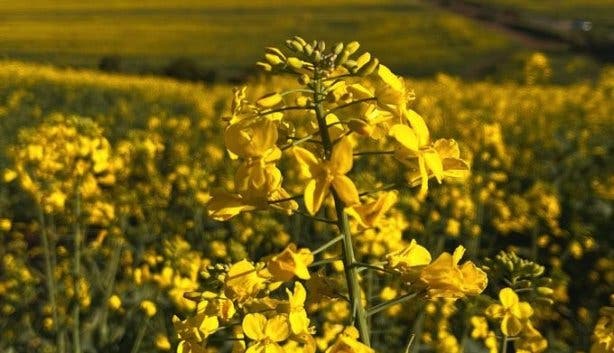 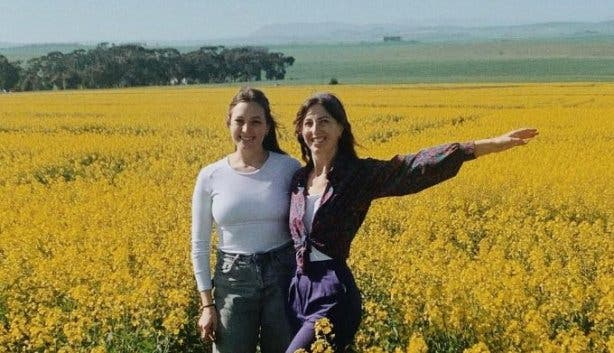 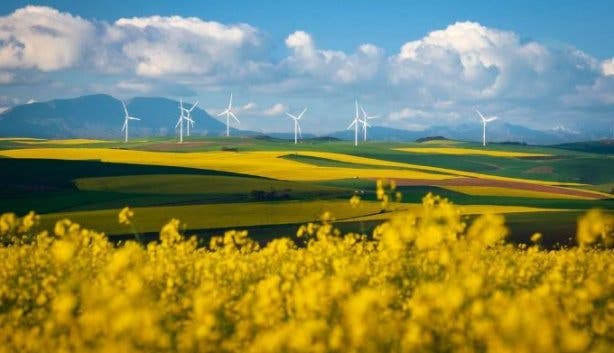 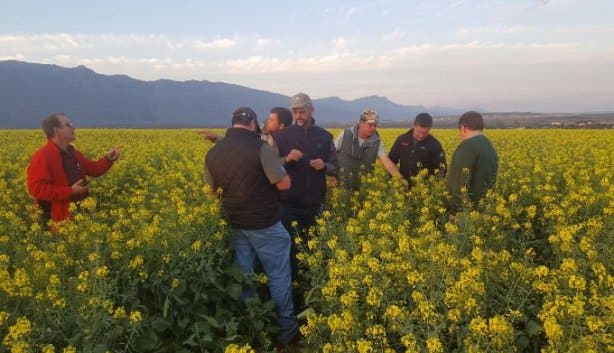 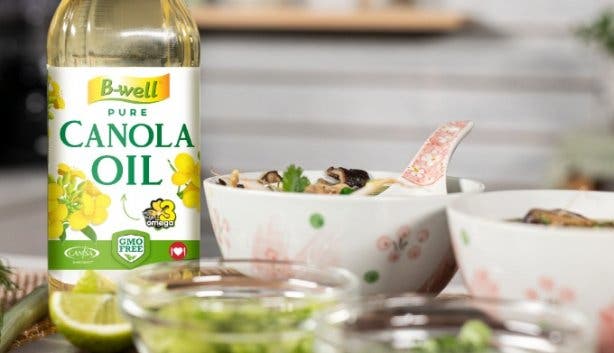 Every year they lighten the mood and brighten the province

The CapeTownMagazine.com Festival of Yellow, celebrates the canola season, the blooming fields of gold that cover the province every Spring. They are such a delight that we decided to start an annual celebration. So every September we tell you where to find them (and what to do close by). We unpack the story of the canola flowers and share great giveaways, thanks to support from B-well, “the canola company on a mission to help you live healthier”.

Here are 7 things you might not have known about the canola fields.

The yellow flowers carry a little brown seed that helps agriculture flourish in the Western Cape – the crop that produces canola oil. After blooming into fields of gold, the flowers drop off and leave seed pods behind, which are pressed and then produced into oil. 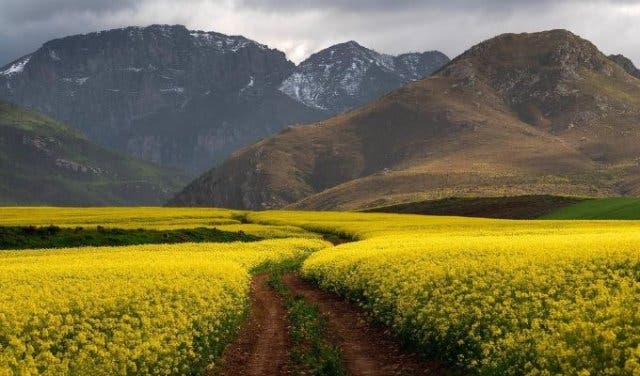 The fields of gold are a major attraction during spring flower season. Image: Kyle Goetsch (@kyleincpt)

THE CROPS START TO BLOOM FROM AROUND JULY

The canola fields bloom from July to the end of September. It’s weather dependent, so if it’s warmer and drier, the canola will go into bloom earlier and for a shorter period of time. The longer the canolas bloom, the better the yield. So if you’re still seeing canolas bloom late September, then know it’s a good canola year. 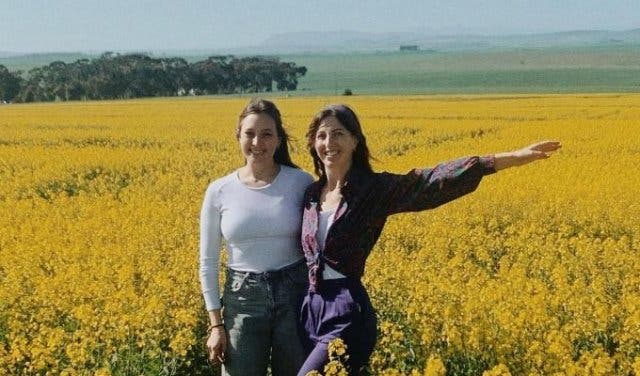 The canolas are normally at 50% flowering in August and flower till the end of September. Image: Cayley Baker (@caybaybay)

Canola company B-well produces a range of products, from cooking and frying oils, to canola and olive oil blends and mayos, and are growing in popularity because they are a premium and healthy alternative to common cooking oils. Canola oil is surprisingly versatile, too: It has a high smoking point (around 200 degrees Celsius), and because of its neutral flavour can be used as a substitute for hard fats in baking. Source: bwellfoods.co.za 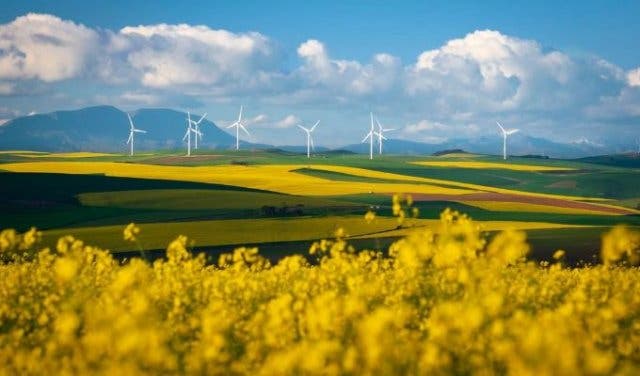 CANOLA HAS A 28-YEAR OLD HISTORY

Southern Oil introduced canola crops to farmers in 1993, turning into a huge success story. What started with 400 hectares is today an industry of 94 307 hectares, with Southern Oil working with over 500 local producers of canola, employing thousands in the Western Cape. In 2010 Southern Oil launched B-well, whose mission is to give consumers a healthier alternative to oil-based products, and overall providing South Africans with ingredients for better living. 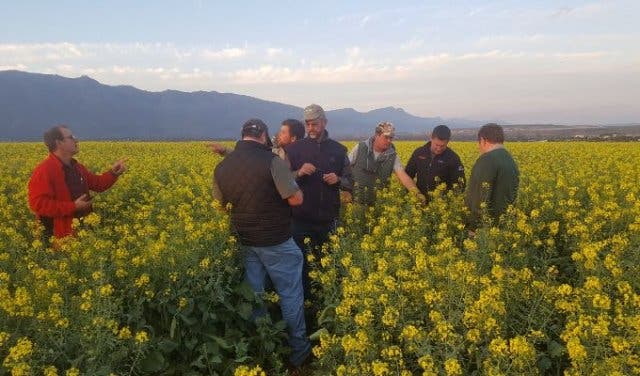 IT’S MADE FROM NON-GMO SEEDS 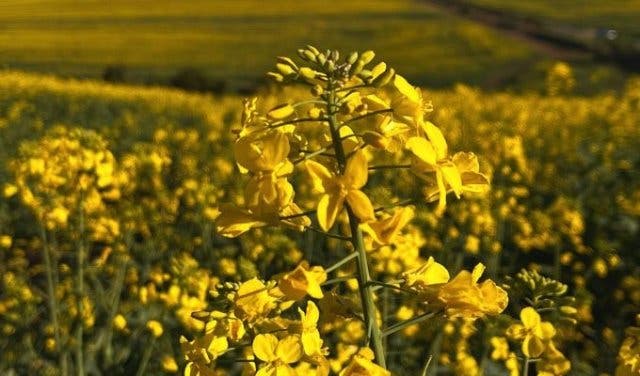 CANOLA OIL IS A HEALTHY ALTERNATIVE

B-well canola oil is naturally cholesterol-free, making it one of the healthiest choices for cooking. It’s also rich in Omega 3 and has the lowest saturated fat content of any cooking oil (approximately 7% lower than normal cooking oil). It’s also endorsed by the Heart and Stroke Foundation. 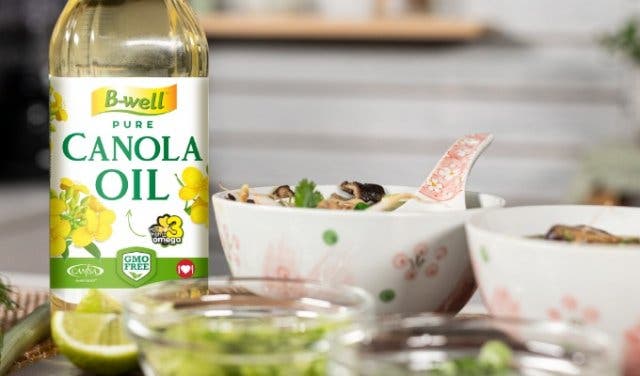 Because of its neutral flavour it can be used as a substitute for hard fats in baking. Image: B-well Foods

WHEN + WHERE TO SEE THE CANOLA FIELDS

DISCOVER MORE OF THE WESTERN CAPE

Explore Cape Town for free with these 16 activities.

These stunning day trips in the Western Cape are a must.

Discover 7+ things to do this weekend.

Tapas-style brunch in a pretty city ...

Picnic in the Parks, fun workshops for ...

Book a picnic basket, get it delivered to the park + do interactive workshops

At Distiller’s Union you get to also pick the flavour, colour + do a beer tasting with ...

Bar Keeper is open on Sundays till ...

Order 1 bottle to many cases online or in store, get it delivered same day, cold

Weekend market that has it all

The Galileo Open Air Cinema in the Cape ...

The Galileo screens at a different wine farm every Saturday. See schedule

Get Irie On The Sunset Deck At Strolla ...

Be a beekeeper for a day at Honeybee ...